Recently Hope at Nanny Shecando sent me a tweet requesting some thoughts about imaginative play in a school setting. Sadly I would say that imaginative play has been just about pushed out in the ever-increasing content-driven and assessment focused curriculum. Seeing children as young as five spending much of their day sitting at desks filling in worksheets and parroting back isolated bits of information flashed at them in meaningless drill and practice sessions is about as far away from my thoughts about education as you could get. If it is difficult for early childhood teachers to squeeze time for imaginative play into their programs, imagine (there’s that word) how difficult it is for teachers of older children.

However, whenever I hear the above quote by Thomas Edison, I am reminded of how an early childhood classroom should be: a place for imagination, exploration and discovery.  Parents may tire of the cardboard box creations that children regularly bring home, wondering where each one can be stored (or discreetly disposed of!), but the value to be had from the opportunity to create, imagine and play must not be understated.

For imagination to flourish in an early childhood classroom, I suggest the following ingredients are essential:

A recognition of the importance of play and imagination in the healthy development of children and the prioritisation of opportunities for imaginative play every day by providing:

When children are showing interest in a particular topic, an observant teacher may gather up a variety of props and leave then in a box for children to discover and use as they decide. 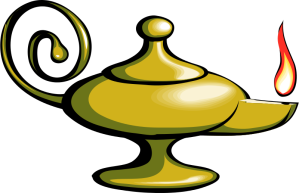 In an earlier post, Learning at its best: A classroom of magic, Hope herself described a school with an open space ‘where magic happens’. She described a friendship tree where ‘friendship and freedom of speech are fostered’; an area with a ‘magic carpet . . . plush beaded cushions and Middle Eastern style blankets . . . a place for imagination to prosper. Anything is possible when dreamed, imagined or conjured whilst on the magic carpet.’

She described an area for drama and the opportunity of being and expressing yourself. She described a creativity corner where young inventors could create anything they could imagine; and spaces to read, explore, share and dream. One could think this school was in Hope’s dreams, her imagination of what is possible. But it is a real school educating real children in very positive ways that will have a very different effect that the scenario I described above. However it is not a typical school. There is not one like it in every suburb. In Hope’s words, it is a ‘very select private school’. But don’t all children deserve learning opportunities such as these?

After re-reading Hope’s post, I’m not entirely certain why she invited me to share my thoughts about imaginative play in a school setting. I think she has described a wonderful example of imagination in practice. The design of the school and the aspects of the program described above, show the value of imagination, not only of the students but of the school designers, administrators and teachers.

Maria Montessori is attributed with the idea that ‘Play is child’s work’. In this article Thinking about Children’s Play David Elkind, refutes that idea citing works by both Freud and Piaget, a psychologist whose work greatly influenced thinking about child development and learning. Elkind, himself a professor of child development and of author of books such as The Hurried Child, The Power of Play  and Miseducation, says that ‘Although Montessori has made many important and lasting contributions to early childhood education, her identification of work and play in young children was unfortunate.’ He says that, in play, children are not preparing for life, they are living life.

Elkind does not favour the imposition of formal learning situations upon children of increasingly younger ages.  The following excerpt from Miseducation, shared in Commentary: The ‘Miseducation’ of Young Children Elkind says, ‘When we instruct children in academic subjects, or in swimming, gymnastics, or ballet, at too early an age, we miseducate them; we put them at risk for short-term stress and long-term personality damage for no useful purpose. There is no evidence that such early instruction has lasting benefits, and considerable evidence that it can do lasting harm.’

He continues, saying that ‘The most important thing is an excitement about and enthusiasm for learning. Skills are easily learned when the motivation is there.’ I agree wholeheartedly and have joined in with a discussion of motivation in a number of posts, most recently in Motivation – why we do the things we do. 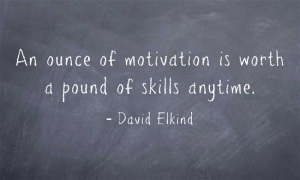 In another article Can we play? shared on The Greater Good in 2008, Elkind explains that imaginative play is important to academic as well as social and emotional development. Unbelievably, he said that ‘More than 30,000 schools in the United States have eliminated recess to make more time for academics.’ It is difficult to imagine how unwelcoming and uninspiring a school without recess would be. I wonder how much lunch time those who made these rules allow themselves.

He says ‘Play is motivated by pleasure. It is instinctive and part of the maturational process. We cannot prevent children from self-initiated play; they will engage in it whenever they can. The problem is that we have curtailed the time and opportunities for such play.’

In the words of Cat Stevens (Yusuf Islam), ‘Where do the children play?’  I add ‘and when?’

If you wish to read further, here are some links to get you started. I don’t agree with all the content. Some suggest a more structured approach than I would favour. However, as with everything, a broader knowledge helps one more clearly formulate one’s own position.

Teachosaur thoughts ‘Play is the work of children’ … J. Piaget

Psychology today The Need for Pretend Play in Child Development

I value your feedback. Please join in the discussion by sharing your thoughts about any aspect of this post.

28 thoughts on “Imagine that!”