This week at the Carrot Ranch Charli Mills is talking about childhood games and has challenged writers to In 99 words (no more, no less) write a story that involves a children’s game or rhyme. I think she chose this topic just for me. Thank you, Charli.

I love games and am a strong believer in the use of games to enhance learning. I have memories of playing games that span my lifetime, from early childhood until the present, and have visions of playing games far into the future. 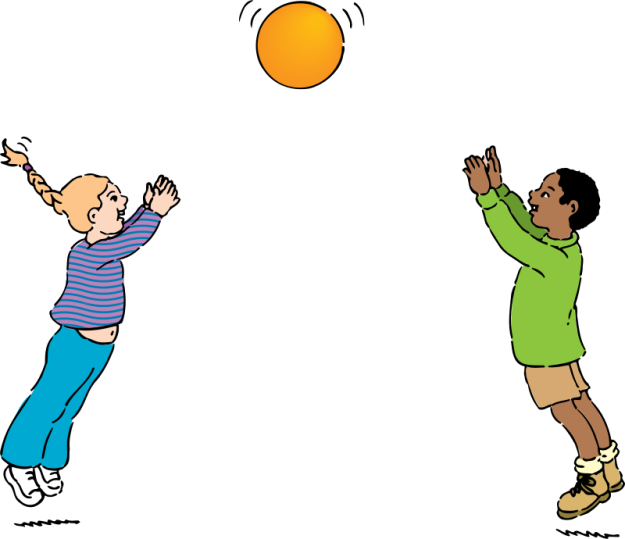 Johnny Automatic, cartoon of a girl and boy playing with a ball https://openclipart.org/detail/721/playing-ball

One of my earliest memories of an organised game was of “Drop the hanky” played at a birthday party. I was about five years old at the time. I think that perhaps, until this event, I had only ever played imaginative games with my brothers and sisters. I was obviously not familiar with the rules or the ethos of the game. I’ll let my flash (non-) fiction explain.

We sat in the circle chanting,

“I wrote a letter to my love and on the way I dropped it.”

“It” skipped around the outside, waving a handkerchief.

“One of you has picked it up and put it in your pocket.

Suddenly “It” was running and children were scrabbling behind them.

Then “It” was beside me.

“Plum pudding!” they all screamed hysterically.

The adult pointed to the centre of the circle. “We’ll have you for dessert,” he grinned.

I cried, wondering what it would be like to be eaten alive! 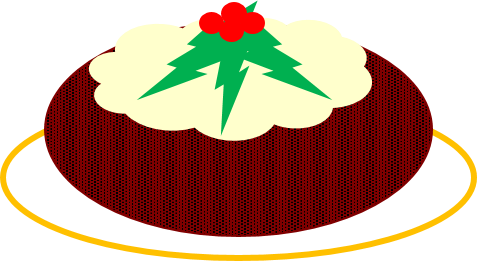 Obviously I was traumatised for the memory to be so vivid and almost nightmare-like since the memory ends abruptly with the fear. Obviously I wasn’t eaten for dessert, I survived the trauma and, to complete the fictional narrative, I guess you could say “I lived happily ever after.”

But games don’t need to be traumatic. Games are better when they are fun; and I have many more memories of having fun with games than I do of being traumatised by them. Some of my “best” memories are of the laughs shared playing games like “Balderdash” and “Billionaire” when we (hub, son, daughter and partners) set aside traditional holidays for playing games together as a family. My house may have shelves laden with books, but they also have cupboards bursting with games. 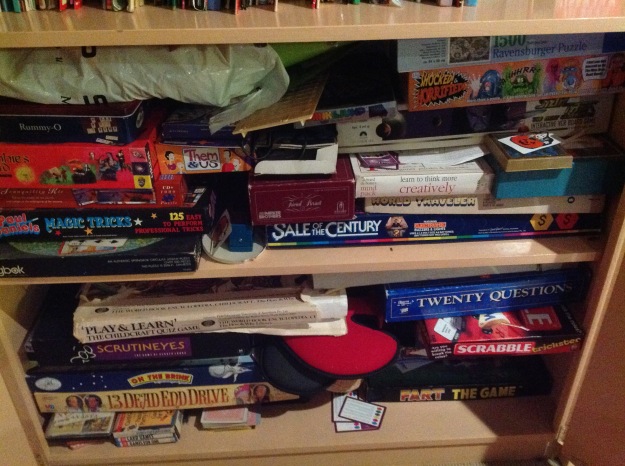 We didn’t always play purchased games. Sometimes we made up our own. It takes some skill in problem solving to think up a new game that will be fun to play with just the right amounts of challenge and competition, and an equal chance of “winning”, if there is a winner. Games without a winner, played for the fun of playing, are just as enjoyable.

I have always included games in my class program. As well as being fun, if carefully chosen they can also progress learning. Games can be played at the beginning and conclusion of sessions; at transition times to reenergise, refocus and refresh; and as part of the teaching/learning program with whole class, small group or individual participation for targeting practice of particular concepts.

One obvious benefit of playing games is the development of social skills such as:

In their book “A New Culture of Learning: Cultivating the Imagination for a World of Constant Change”, Douglas Thomas and John Seely Brown talk about ““arc of life” learning, which comprises the activities in our daily lives that keep us learning, growing and exploring.” They say, “Play, questioning, and — perhaps most important — imagination lie at the very heart of arc-of-life learning.”

Throughout the book they talk about the importance of collaboration in engaging online in multi-player games and say that “When understood properly . . . games may in fact be one of the best models for learning and knowing in the twenty-first century . . . Because if a game is good, you never play the same way twice.” 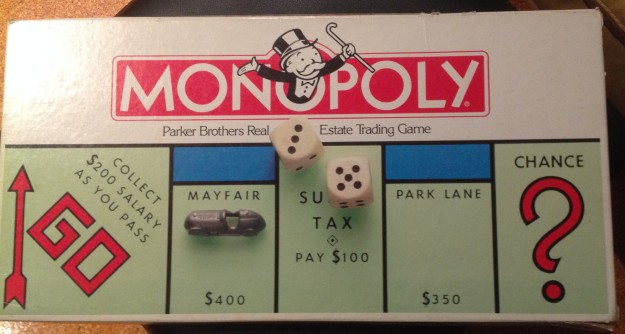 Robert Kiyosaki in his book “Why “A” Students Work for “C” Students and Why “B” Students Work for the Government” talks about the importance of learning through games and explains how he learned, and was inspired to learn more, about finance from playing “Monopoly”. He says that “Games are better teachers than teachers.” While I prefer to not agree with that statement in its entirety (I don’t even like playing Monopoly), I could understand his reasons for making it.

One game we used in maths groups as well as an activity in the last few minutes of the day was a problem solving game that I was involved with from its inception, The Land of Um or, as it is known in the UK, Scally’s World of Problems. (Also available as an app.) 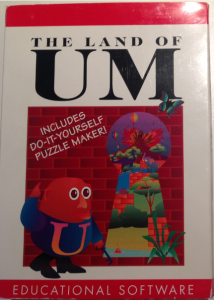 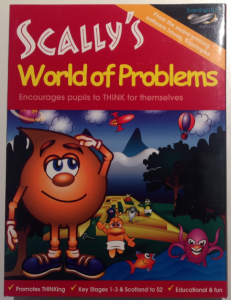 When I was asked for an idea for a program, I suggested something that required children to explore to find out “what happens if” and “how things work”, much as they learn from their exploration of the “real world”. I also suggested that what they learn be consistent and apply at the next level. From that small seed and through the collaboration and synergy of a small group of creative people the “Land of Um” was born.

Because, in my recollections anyway, it was “my” idea, I am very proud of “Um” and enthusiastic about its potential to encourage children to develop the thinking skills involved in solving problems. 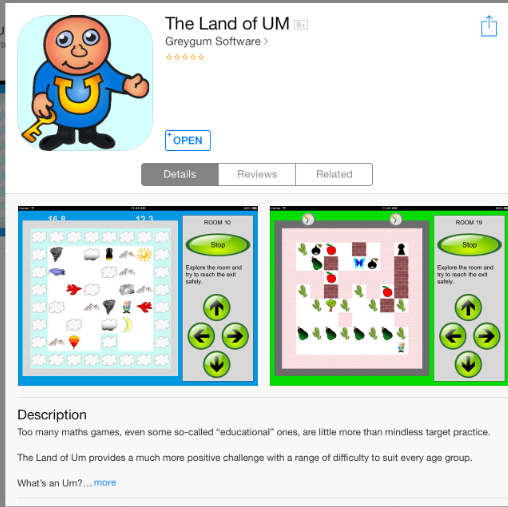 In my class the children worked enthusiastically and collaboratively in small groups on an interactive whiteboard, taking turns to control the “Um” while working together to find the solution to each puzzle. As the level of difficulty increased the children needed to plan ahead, to visualise steps and predict what would happen and the effects of different actions. At each new level and in each new world, while the basics remained consistent, there was always something different to learn and explore. The children never tired of the using the program and were always eager to be the one to suggest the solution to the next problem. It was/is a joy to know that I had a part to play in the design of this program that has so many benefits to learners, not least of which is the fun of working together to solve problems.

How significant are games in your life? What special memories do you have?

If you are interested, there are many more stories about games to read on Charli’s blog.

Thank you for reading. I appreciate your feedback. Please share your thoughts on any aspect of this post or flash fiction.