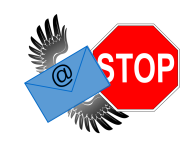 I have just read a very helpful post by Claire Diaz-Ortiz explaining how to unsend an email.

Reading it prompted me to write me this post which I have been mulling over for some time now. I would like to read a post entitled:

You see, I am a newcomer to Twitter; reading, tweeting and re-tweeting for just over two months now.

Luckily for me there are many wonderful bloggers who generously share their tips and information to help newbies like me get started. I have read and re-read some of these blog posts many times in order to glean as much information as possible in order to avoid making it obvious to everybody just what a newbie I am.

Just as an email can be unsent, the delete button on Twitter can be used to withdraw a message tweeted by mistake. That’s easy.

However it is not so easy, in fact it is impossible, so far as I can see, to unflag a flag.

Now I’m a reasonably intelligent person, and I have used a number of computer programs and applications over the years, and one thing that I have discovered is that learning is transferrable. What is learned in one program or application can generally be applied in others. I have also learned that one should not worry too much about clicking the wrong button because most things can be undone and not much harm can be done anyway.

I had plenty of prior experience with flags to understand their use.

In Microsoft  Word, the little flag icon is used to bookmark a part of the text one wishes to locate later.

The flag in Microsoft Outlook is used to mark an email to follow up.

I may use a flag to highlight a section of text in a book if I consider its content important or interesting enough to revisit another time.

Flags on the beach indicate areas where it is safe to swim.

Flags on a car-yard are there to entice would-be buyers.

In all these instances flags are used to draw attention to items of interest or importance to make them easy to locate. So it follows that I should be able to transfer this knowledge to other applications. Right? 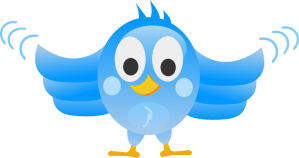 I learned this from my own first-hand experience though, so the learning is powerful and permanent and I will not need to revisit this situation again to make sure I have got it right. The learning was also accompanied by quite a degree of embarrassment and anguish, so if I can prevent anyone else from making the same mistake, my purpose in writing this post will be accomplished.

This is how the tragedy unfolded:

One day I encountered a tweet with a fun poem attached as media. I wanted to be able to come back to this poem at a later time to reflect on it some more. I wondered how I might do that.

Then, out of the corner of my eye, I noticed a little box down to the right that said “Flag media”.

“Great,” I thought, “Easy,” and pressed the button.

Now where there’s a link there’s a way to new learning, so of course I clicked on it . . .

and was totally aghast when I came to the Twitter Help Centre “Flagging media violations”.

I hadn’t wanted to flag the poem as a media violation. I just wanted to read it again later.

“Quick,” I thought, “better unflag it before anyone notices; especially the author!”

As I frantically searched the Twitter Help Centre, the panic started to rise as I could find no instructions for unflagging.

I couldn’t remember it being mentioned in any of the articles I had read, but I went back and checked, just to make sure. Nowhere could I find mention of flagging, let alone unflagging. I just had to let it be and hope that when the Twitter team checked the flag, they would realise that an error had been made. However, I do sincerely apologise to George and can only be thankful that my followers were few, and hopeful that nobody, especially George, noticed.

So here is my number one piece of advice when using Twitter: Don’t flag!

Not unless you consider “there is content you feel should be reviewed by the Twitter team because you believe it should be behind a warning message, or because it contains illegal content”.

I wish I had read that before I flagged George’s poem, “Everything is a car!” 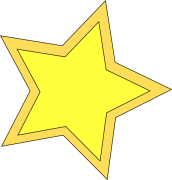 However you could use this strategy if you wish to come back to a tweet later:

That way it will turn up in your favourites list and you will easily be able to locate it.

Just be wary of favouriting too many tweets as advised by Mary C. Long in the Social Times earlier this year. However Mary’s warning doesn’t apply to favouriting a tweet in the way I have just suggested.

What have you learned about Twitter that you think I should know?

The eLearning coach Ten ways to learn from Twitter

Belinda Pollard Why emerging authors need Twitter (and others)

Molly Greene  Ten tweets you should never send (and others)

Rachel in the OC Ten quick tips to help any author

All clipart courtesy of  www.openclipart.org  some with minor modifications and additions.