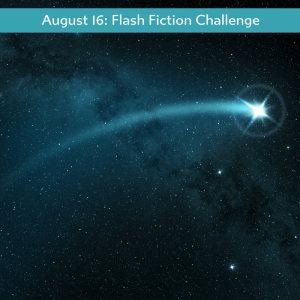 This week at the Carrot Ranch, Charli Mills challenged writers to In 99 words (no more, no less) write a story about a comet. You can consider how it features into a story, influences a character, or creates a mood. Go where the prompt leads.

When I think of comets, I think of Halley’s Comet which passed by in 1986. At the time my son was twelve, my daughter was not yet born, and I was teaching a class of seven to nine-year-olds. My son and the children I taught may be lucky enough to see the comet for a second time when it returns in 2061. I wonder how many will still have the time capsule we made that year, and if they have it, think to open it. They will all be in their eighties.

It wasn’t an elaborate time capsule; really just a large envelope with stories and information about us, and I’m not sure what else. I was recently in contact with one of the girls from that class and she remembers the night we had a sleepover at school to look at the comet, and she still has the time capsule she made. I think that’s pretty cool. How special to create these shared memories that last.

My response to Charli’s prompt is about creating shared memories.

You may recall my previous two flash stories, the first of which was my first attempt at writing romance. He invited her to go camping. She was reluctant but gave in when she ran out of excuses. When she arrived at the campgrounds she saw the words “Marry me” spelled out with solar fairy lights. But he was nowhere to be seen.

It got such a good response that I continued the story the following week, leaving the conclusion open-ended. This too received a great response, thank you, and encouragement for me to continue the story along with lots of suggestions and ideas of how to do so. You were undecided about his intentions – were they honourable or not? At the end of the episode, she pushes back the tent flap and screams. But at what? It’s at this moment that I pick up the story, guided by Charli’s prompt. I hope you enjoy it. 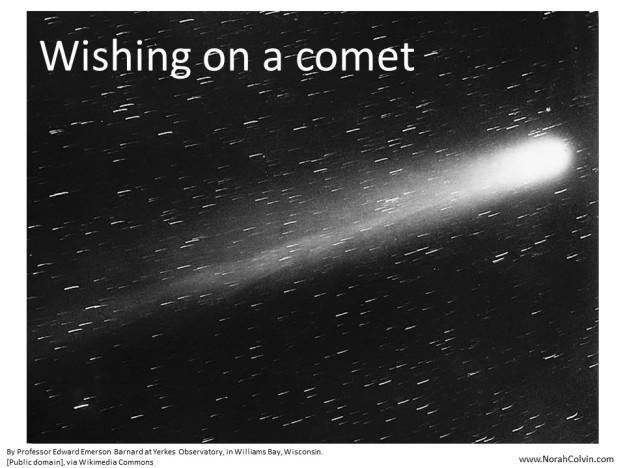 He scrambled through bushes, slipping and sliding on twigs and gravel in haste to his love. When he reached her, she was doubled over holding her belly.

She shook her head.

“I thought…” Her body shook.

“What?” he soothed, wiping away tears.

“Snake… I thought…” She pointed.

On the bed lay the strap of his telescope bag coiled neatly.

Camping became their family tradition, but their children’s favourite story was of the “snake” that frightened Mum, not of the comet that graced the sky the night that he proposed.

40 thoughts on “Wishing on a comet”