I often lament that I was born too soon. I love what can be done with information technology and am constantly learning more of its uses. I am in awe of what can be achieved with the aid of digital tools. Unfortunately, some things, because they can be done, are vastly overdone.

I remember being at an education conference in the early 80s, at the time when computers were becoming more common in classrooms and in homes. A presenter at the conference excited us about the wonders of digital technology and its ability to ease our work load. He predicted that computers would be used to do so many of our menial tasks that by the year 2000 we would have so much spare time we wouldn’t know what to do with ourselves.

His prediction, in my opinion, was way off the mark. While the use of computers has greatly enhanced our capabilities and our knowledge, it has also driven us to constantly do more. I notice this particularly with data collection in schools. If it can be quantified, then it must be quantified, analysed and compared. Whether what is being measured is of any value is of no consequence. If it can be done, it will be done.

1985 was the year I first used a computer at school and bought my first computer for home. They were Apple IIe (huge) desktop computers. I can remember how excited I was to be able to program little games using BASIC coding language. There were some good problem solving software programs on floppy disks I used with children at school; and my son played his way through the series of Ultima role playing games.

Back then, the thought of having a computer that could be carried in a pocket was as absurd, to the general population, as having a phone that wasn’t attached to a wall. Fortunately, there were others with imagination and vision who were able to make these things a reality.

I recently read a post on Daniel Willingham’s blog Science and education entitled The brain in your pocket. The brain that he is talking about I carry in my handbag. In fact, I often have two with me, though I’m not convinced that this supports the theory that two brains are better than one.

In the post Willingham shares some observations about our current use of technology to replace thinking. He suggests that, as thinking requires effort, people don’t like to engage it and find ways to avoid it. He referred to this as “miserly thinking”, a term coined by Robyn Dawes in the 1970s.

Two strategies for avoiding thinking include use of:

Willingham then shared this question as a test of miserly thinking: 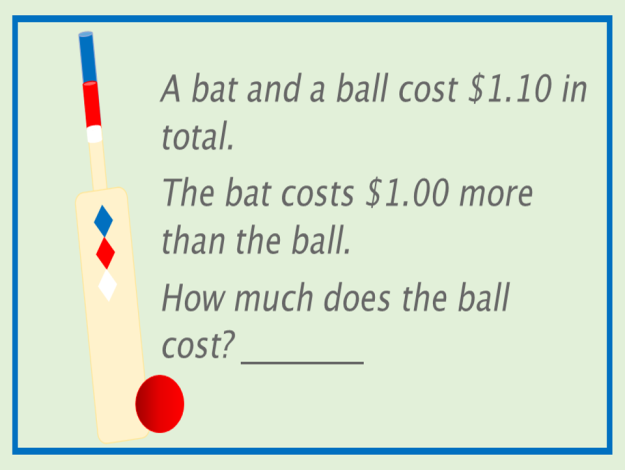 He suggested that if you, like many others, answered 10 cents you were using miserly thinking triggered by the word “more”, immediately thinking that subtraction was required and not checking to see if the answer was correct.

He used this to demonstrate a similar effect that use of the internet has had upon thinking in recent years, when answers to many questions are just a motion (click, tap or swipe) away. In more recent years of course nearly everyone is carrying a smartphone in a pocket or handbag, that is, if it’s not grasped firmly in hand. This easy access, he suggests, makes people less reliant on their own memories as they look to the internet for a quick answer. 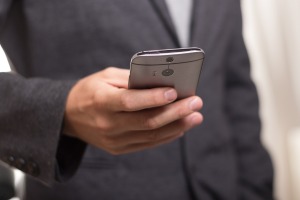 Research cited by Willingham suggests that a higher use of the internet for answers reduces the ability to solve problems like the bat and ball question shown above. He says that “people who are more cognitively miserly are more likely to search information out on their smartphone.” He adds that “The reason is not clear. It may be that low-cognitive-ability people seek information—look up a word meaning, calculate a tip—that high-ability people have in their heads.”

He asks the questions:

I love having the “external memory” that I can use to find out what I want to know when I want to know it. Previously I would have had to remember to look it up at some other time. If I didn’t know the right question to ask, or the appropriate term to look under, I may have been left in the dark forever.

I love being able to spell check my work or check a dictionary or thesaurus to confirm that I have used a word correctly. These things enhance my knowledge and improve my skills. I am a bit peeved at the idea that it is those with low cognitive ability who look things up. I thought it was a smart thing to do!

Do these actions make me a miserly thinker and decrease my cognitive skills? I really don’t want to think about that, but I sincerely hope not!

I first became familiar with Willingham’s work through his book Why Don’t Students Like School?: A Cognitive Scientist Answers Questions About How the Mind Works and What It Means for the Classroom. I thought I had mentioned it in a previous post, but if I have, my search feature, upon which I am reliant, couldn’t find it. I’ll have to remember to do so in the future!