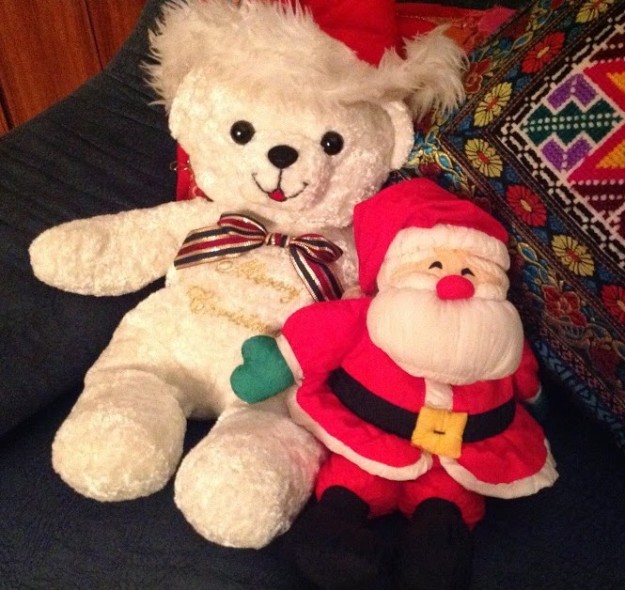 At this time of year in many places around the world there are children excited about the magic of Christmas. I don’t know the numbers to compare but there are a good few, mainly adults I suspect, who say “Bah humbug!” While I was once a firm believer in the magic and did my best to keep it alive, I now tread warily, unsure of how best to approach this topic. As a parent I didn’t get it right so can offer no wisdom of my own.

After many years of seeming to go along with the story, long after I thought it should have been abandoned, Daughter finally questioned why, if the stories weren’t true, would parents lie to their children.  She preceded her question with the request to not say if it was true or not, she just wanted to know why parents would lie.

I let her down on both counts. I told her the truth of the story and couldn’t explain why parents would lie. I’m not sure that I’ve been forgiven for either failing, and I have never stopped thinking about what may have been a better way of handling the situation if I was ever offered the opportunity for a do-over.

Interestingly I don’t recall having any similar concerns about my parents lying or disillusionment on finding out the truth. Daughter’s older brother voiced no concerns either, but I cannot be certain whether or not he had any. Until now when, with children of his own, the issue again is raised.

At first Son’s intention was to not engage in Santa stories; but with one child at school and the other in kindy the situation becomes more complex. The children are more exposed to the stories through friends and organized events and there is the concern about “spoiling” things for other families. Caught between the pressures of a shared popular culture and the questions of intelligent, critical thinking children, the parents must make a decision. I sympathize and wish them better success than I experienced. I have suggested to Son that he consult his sister. She knows better than I about this one and can maybe help him avoid making the mistakes with his children that I made with her.

There is a lot of well-intentioned advice on the internet, but the value of some is debatable. Many explain the Santa story as being about love, kindness and generosity, and the magic as the assistance given by many helpers, including parents, throughout the world. Many explanations are likely based on the famous response, Yes Virginia, There is a Santa Claus, to an 8-year old’s letter, the authenticity of which has been questioned.

Some of the explanations and stories encountered recently include:

Feeling the magic by Autism Mom

As much as I love the sentiments of these stories, they don’t really help me with my truth or lie dilemma. So I returned to a post by philosopher Michelle Sowey  HO HO HO! (Q.E.D.) in which she questioned the ethics of the Santa lie. I shared this post previously in April 2014.  Michelle agrees that the attempt at compromise in many of the explanations, “It’s Santa, Jim, but not as we know him”, is unsatisfactory because:

“Parents can be powerful advocates for their children’s intellectual autonomy. They can help their kids to draw their own well-reasoned conclusions; to value coherence and logical consistency (among other things) in the construction of their worldviews; and to cleave to their beliefs with a level of confidence proportional to the amount and quality of evidence available. 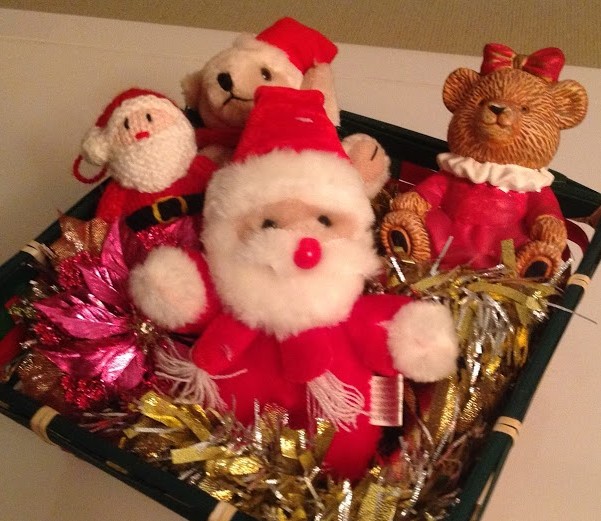 Okay. We agree on that, but how would a parent extricate themselves from the myth once they have become entangled?

When I re-read her post I noticed Michelle has, just this month, added a postscript linking to an article by ethicist David Kyle Johnson who asks the question DO PARENTS WHO TELL THEIR KIDS ABOUT SANTA END UP ON THE NAUGHTY LIST?

David says that parents who lie to their children by supporting the myth are not necessarily bad parents (thank you!) but they would be better parents if they didn’t.

You can read more of David’s thoughts about the myth in this excerpt from his book The Myths that Stole Christmas.

David says that the tradition of Santa and gift giving is relatively recent and “sold” to consumers primarily for financial reasons. He urges parents to stop tricking their children into believing the myth. My experience supports that, and I wonder how I would go about it if I had the opportunity again.

This week at the Carrot Ranch Charli Mills challenges writers to In 99 words (no more, no less) write a story about “spreading the light.” While she suggests it could be used it to honor or memorialize a loved one, I thought I would attempt to shed light on the Santa myth and its potential for harm. Hopefully it’s not too far off the mark as I always loved, and protected, this myth; but perhaps a decision to protect the intelligence and critical thinking of my loved ones, and children in general, is even more important.

“What shall we read tonight?” asked Dad.

Jimmy searched the shelf for something he hadn’t heard before. There weren’t many. Suddenly he found one, slid it off the shelf and nestled into Dad’s lap.

“Who…, what…, where…, why…, how…,?” began Jim, marveling at flying reindeer and pondering possible destinations.

As Dad closed the book Jimmy was ready with his usual question, “Is it true?”

“As true as a fire-breathing dragon, a flower-petal fairy, and a talking animal,” laughed Jim; then added, “But you know, parrots really can talk!”