In a previous post, I introduced you to Robert Hoge and his memoir Ugly through a lying incident he relates. Robert also shares recollections of being sent to the offices of a deputy principal and a principal while he was at school. Both incidents are also included in the version for Younger Readers. 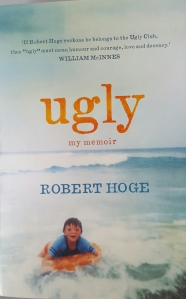 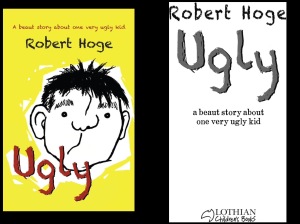 Most of the school lived in a vague, unspecified fear of Mr Fuller (the deputy principal). He was the perfect second-in-command. He delivered the bad news when needed and administered a strict, no-nonsense form of discipline that mainly worked by keeping students so in fear of the threat of getting in trouble, they behaved.

One day when Robert was summoned to Mr Fuller’s office he was informed that some teasing had been occurring. As he was usually the one being teased, Robert was relieved that he wasn’t getting into trouble. Instead of informing on others who had teased him, Robert said,

“Well, sir, it wasn’t anything really. Nothing that got me very upset anyway.”

Sadly, though, it was Robert’s turn to be reprimanded for being the teaser. The children who were so good at teasing him, weren’t so good at taking a little teasing in return, and had made a complaint.

Robert confesses surprise at how much the other child had been upset because he (Robert) “was teased so often … (that he) … became better and better at dealing with it” as he got older. However, it wasn’t just the children who were cruel and sometimes, when adults were cruel, he found it more difficult to take.

Robert describes an incident that occurred in year ten when he and another student elected to do a week’s work experience as teachers at a local primary school. He was allocated to a year seven class and the other student to a year two class. Robert enjoyed the week and was pleased that his appearance drew few comments from the students.

On Friday afternoon Robert was summoned to the principal’s office. Waiting outside, expecting perhaps to get a ‘thank you’ from the principal, he was surprised when the other student wasn’t also there. What happened when he was called into the office is astonishing.

Without so much as a greeting, Robert was chastised for the school’s not having being warned before he arrived. Warned about what, Robert wasn’t sure. When he enquired, the principal quickly informed him, that she should have been warned about him; that when he’d arrived on Monday they’d had to swap the classes to which he and the other student were assigned. Robert was initially confused as to the reason, then he realised that she was talking about his appearance, that perhaps the year two students would not be able to cope as well as the year sevens.

Robert was upset. He didn’t know what to say and started to cry. When he said, “I’m sorry”, the principal responded with “Good” and showed him the door. Of course, Robert was distraught. He writes,

It wasn’t the last time I cried about the way I looked, but it was the very last time I apologised to anyone else for it.

For my flash fiction response to this week’s challenge set by Charli Mills at Carrot Ranch Communications to In 99 words (no more, no less) write an office story, I have decided to write an alternative encounter for Robert with a more principled  and compassionate principal. I’d love to know what you think.

“Ah, Robert, come in,” she said, extending her hand and shaking mine as if I was an adult rather than a work experience student. As she returned to her desk, she indicated for me to also sit. I was puzzled. I knew I’d done a good job in the classroom. Why would the principal want to see me?  I waited. She looked at me quizzically. “Robert, I’ve heard a great deal about you this week …”  I squirmed. “… and all of it positive.” She smiled. “I’d like to suggest, if you’re still undecided, that you consider teaching as a career …”

Although Robert didn’t choose a career in teaching, he has powerful lessons for us through sharing his story.

19 thoughts on “The Principal’s Office”